John was born in Warrington in 1968 and is entirely self-taught. As a young boy he always had a passion for nature and the countryside, spending every waking hour with a fishing rod in hand.

Later on in secondary education he was under persistent pressure from his peers to take up a place at art college, but instead decided on a career that would take him out of the town and into the countryside, finally becoming Head Keeper on a prestigious Lancashire estate.

In May 2006 John was commissioned to paint a picture for Her Majesty the Queen, which he later presented to her in celebration of her 80th birthday. This accolade has led him to pursue a full time career in art.

Working with gundogs, seeing animals and birds interacting in their natural habitat has helped him to understand and capture the essence of each subject that he paints. Working in acrylics gives him the ability to overlay paint in a very fine and detailed style, so detailed that each individual whisker and hair are painstakingly painted, producing incredibly lifelike paintings.

When undertaking a commission it is preferred that he takes his own photographs, meeting the owner at the same time giving him an insight into each animals personality, ensuring that he captures the spirit and depth of expression in each subject.

Working from his studio in the heart of Lancashire’s beautiful Forest of Bowland, John also has a selection of signed limited edition prints for sale with a Bespoke picture framing service on offer. 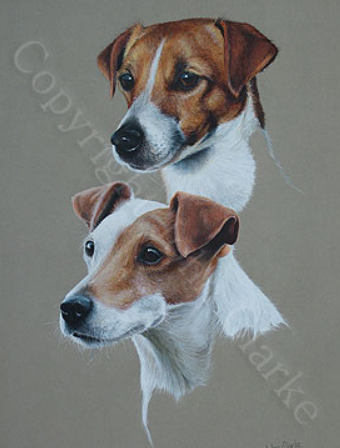